The action of returning something to a former owner, place, or condition.

Why is there a Restore FCCF movement?

Mission: Our purpose is to fulfill the Great Commission, spread the Gospel of Christ through our community, help the hurting and restore the unity of leadership, staff, and the congregation.

Why did we create restorefccf.org?

The primary goal is to get to the truth.  It is difficult to make an intelligent assessment concerning everything going on at First Christian if you don’t have the facts.

The Short Version of a Long Story

In 2005 FCCF First Christian Church of Florissant hired Brandon Milburn to serve in the Children’s Ministry. He was hired by Steve and Ruth Wingfield.

In August 2011, inappropriate actions by Brandon were brought to the attention of Steve Wingfield by one of the elders who witnessed it first-hand.In February 2012, Dawn Varvil in a conversation with Steve Wingfield and Scott Strandell told them of the following inappropriate actions by Brandon Milburn: buying a minor expensive gifts, spooning with a minor and a minor stating he was spending the night at the Varvils’ when he was actually staying with Brandon. No action was taken to address these concerns.

In 2011 and 2012, Brandon continued working with FCCF youth without investigation. This is despite the concerns reported to Steve Wingfield. Brandon assisted leading Vacation Bible School in June 2012 and then moved to California in July 2012.

In January 2014, two youths who had been sexually molested by Brandon Milburn stepped forward and filed charges in St. Louis County.

In February 2014, Brandon returned to St. Louis to attend the wedding of John Strandell, the son of Scott Strandell.  Upon arriving in the area, he agreed to meet with St. Louis County detectives.  Upon questioning, Milburn confessed to the charges and was immediately arrested.  The judge ordered a $100,000, cash-only bond.

In January of 2015, Milburn went to court and pleaded guilty to 7 counts of statutory sodomy.  On March 30, 2015 he was sentenced to 25 years in prison. We now have no doubt, a pedophile was working and serving at First Christian Church of Florissant for 7 years.

The prosecutor of Brandon’s case, Michael Hayes, stated the state had received information about three other victims in Milburn’s hometown of Louisville, Kentucky. These molestations date back to 2000, when Milburn was in his early teens and the three boys in preschool. These abuses spanned at least six years.

From February 2014 to March 2015, a representative from First Christian made 78 trips to the county jail to meet with the pedophile.  During that same period, one of the victims and his family didn’t receive a phone call, a text message or a post card from any staff member at FCCF.  They have had to seek counseling and healing on their own.  The father of the victim said that it was like First Christian was coddling the perpetrator and ignoring the victim.

On March 20, 2015 Kari Benton published an “open letter to Steve Wingfield” were she called for his resignation because of poor leadership and failure to protect church members and their children.

In an attempt to push for information and action, Professor Doug Lay and Pastor Titus Benton authored a detailed case study 3/28/15, that documented Milburn’s history from 2005 to his arrest. It showed that the senior pastor had not taken protective action after being warned by various staffers and volunteers that Milburn’s behavior was a problem.

April 16, 2015, in response to the open letter and the case study, Steve Wingfield sued Professor Lay, Pastor Benton, Kari Benton, Dawn Varvil (youth worker who witnessed Milburn’s behavior first-hand) and a Jane Doe in St. Louis County Circuit Court for defamation.  He withdrew the lawsuit on May 11, 2015, two days before a Motion to Dismiss hearing was scheduled.

In an effort to silence Professor Lay, Pastor Paul Wingfield (Steve’s brother) had White Flag Church in South County pull their support from St. Louis Christian College on 3/23/15.  Rather than damage the college, Professor Lay resigned 5/18/15.

In addition, First Christian Church of Florissant has had a significant decline the past several years.

First Christian Church of Florissant had been a significant place of growth and service until 2007. After 2007, when Steve Wingfield became Lead Pastor, the church has been in a state of decline.

In the past 36 months, FCCF has lost 9 key staff members (7 in the last 24 months).  One key staff member’s departure was never announced to the congregation. The majority have left because of poor treatment and overbearing rule by the Lead Pastor.  Shortage of volunteers and teachers is common.

Within the 7-8 years Steve Wingfield has been Lead Pastor, we have gone from 13 elders to 5 elders. Elders whose vision and methods did not match that of the Lead Pastor were pushed to step down. In 2012, the bylaws of First Christian Church of Florissant were changed and now provide the Lead Pastor with more authority. In 2014, First Christian Church of Florissant ran an $85,000 (consulting fees and material) “I’m All In” campaign aimed to promote more generosity amongst it’s’ members.

FCCF members no longer have a say in how the church is run.  Leadership no longer provides a current list of elders with their contact information or current figures on attendance or current offering amounts or a current staff listing in the bulletin each week or on the church web site.  The lack of transparency and accountability is deeply troubling for members who have invested their time, money and emotions in First Christian Church.

FCCF attendance averages for the past 15 years.
Attendance is declining.

We have been trying for months to get answers and setup meetings with the elders.  The majority do not return phone calls and do not reply to our emails. The best we’ve gotten is “I’ll get back to you”, or “We’re checking on that”, or “be patient”. This was initially an internal matter, however, due to the ineffective response by church leadership, it has become a public matter.

We encourage you to read the website and to do your own research. There are over 150 mature, devout Christian families in this movement. They are former elders, Bible teachers and volunteers who see what has been happening to a church they love and stand ready to help it reverse course. We do not believe this is what God wants for His church. The church needs to operate on Biblical principles.

Use the “Contact Us” page for questions and comments.

Please read Jake’s post and note the biblical references.
It will answer a lot of questions.

Next:  Go To Church, Advocate for Abuse Victims – Get Sued! 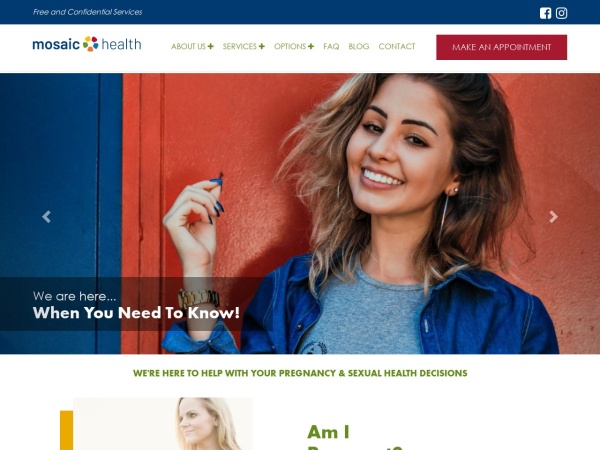